An old beautiful ritual of shisha smoking is able to reconcile two opposite arguments for instance in India, Syria, Egypt, Turkey and many other countries, where hookah is an integral part of the culture. Modern hookahs help people to find peace in family and among friends to bring their thoughts in order to relax from the bustle and hustle.

A unique feature of hookah is an ability to create an atmosphere of harmony and trust. That is the reason hookah smoking has been one of the most important rituals in many cultures since ancient times.

Hookahs were first found in Africa, America and Asia. They were made with a coconut shell, pumpkins or with other natural empty containers with an attached tube cane or bamboo where "water chestnut" (a cup for tobacco) was located on

Many countries are trying to declare themselves as the country-creator of hookah, but its primary origin hasn’t been found yet. Ancient people of all continents must have started smoking it at the same period of time, when they realized that happy life without smoking is just impossible!

If we delve deeply into the hookah history, we will find that the word “hooka” used in various countries in Africa and Asia, it is a kind of distortion of an Arabic word “hukkah”, which means a "round box".

At the same time British traders brought this smoking item from India and called it hookah hubble-bubble. It’s estimated that French and Dutch called this smoking device as "shishey" (sheesha). It got such a name due to a water gurgling which sounds like "hubble-bubble" and "sheesha".

Over the years, hundreds of hookahs received many names and were transformed into various bizarre forms: from tiny gifts a few centimeters in size to the giant items with more then two-metres height. Hookahs have spread to every continent. But to present day Hi-tech Club hookahs are the top of smoking devices evolution and it proved in practice.

What should we pay attention at while choosing a hookah 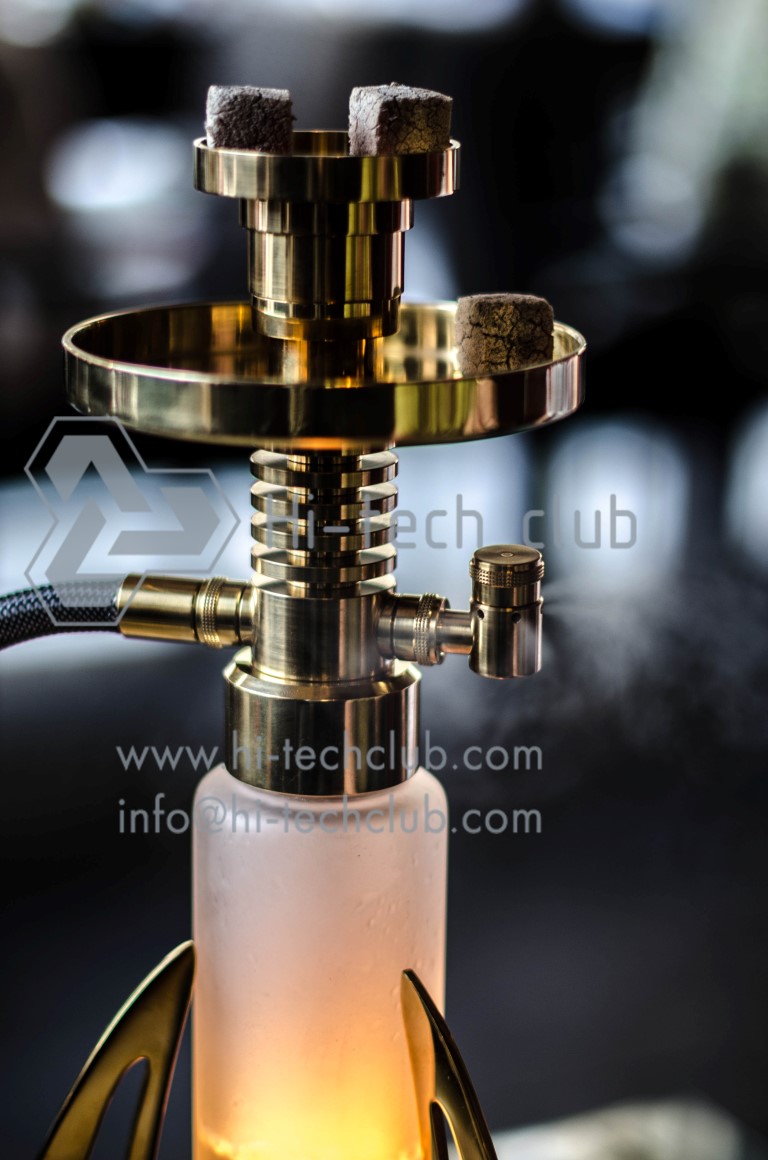 In 90% of the world's hookahs shafts are made with silumin. The silumin has porous structure that’s why is impossible to clean the accumulated odor out from most hookahs. Because of using silumin and foil the fume of mass production hookahs is saturated with carcinogens and aluminum evaporation. 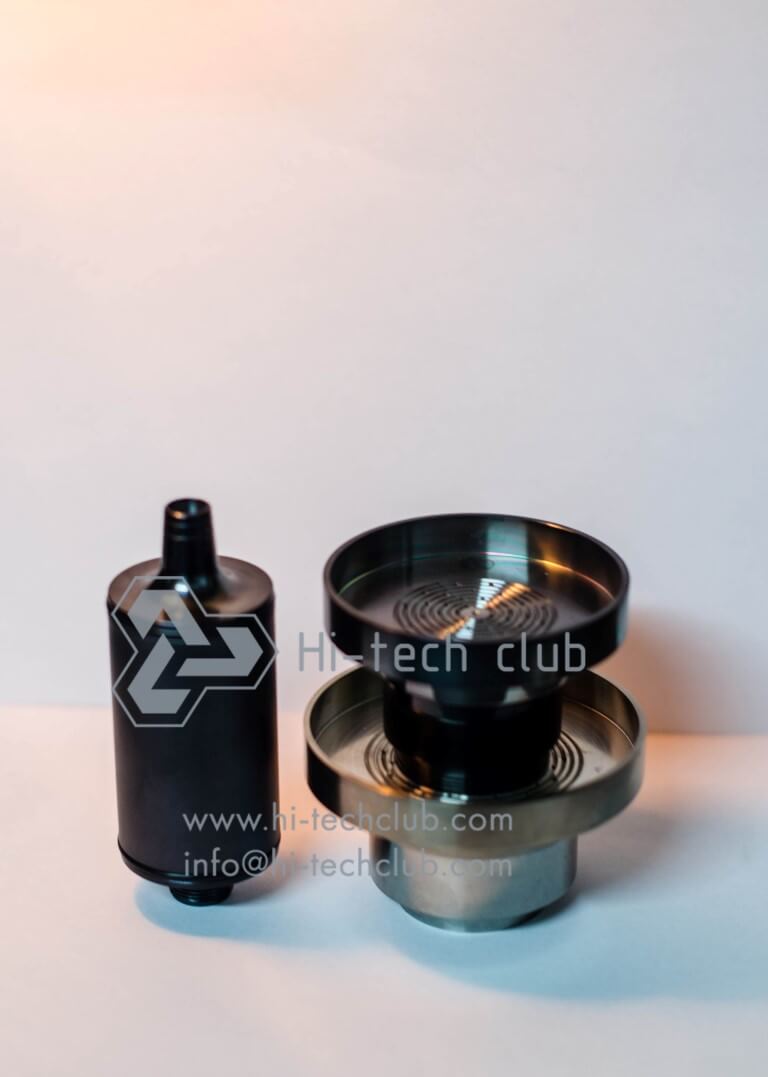 Owing to a great quantity of experiments, tips of hookah gurus' from different countries, and countless innovations, the author of Hi-tech Club hookah managed to get rid of numerous disadvantages and defects which are common for a majority of smoking devices. For example, during smoking cheap hookahs, equipped with a hose that contains a black metal spiral, there is always an unpleasant taste of rust In the hookah with small tobacco cups tobacco burns very quickly and the desired effect is not achieved because the whole ritual of smoking does not last more than 10 minutes. Is it worth spending time and money on something that will never bring the desired pleasure?

Those devices which influence on the quality of life, just must be of high quality, and it is achieved only through the set of technical calculations and experiments. Hi-tech Club shisha was created according to ultimate gourmets’’ request and needs. 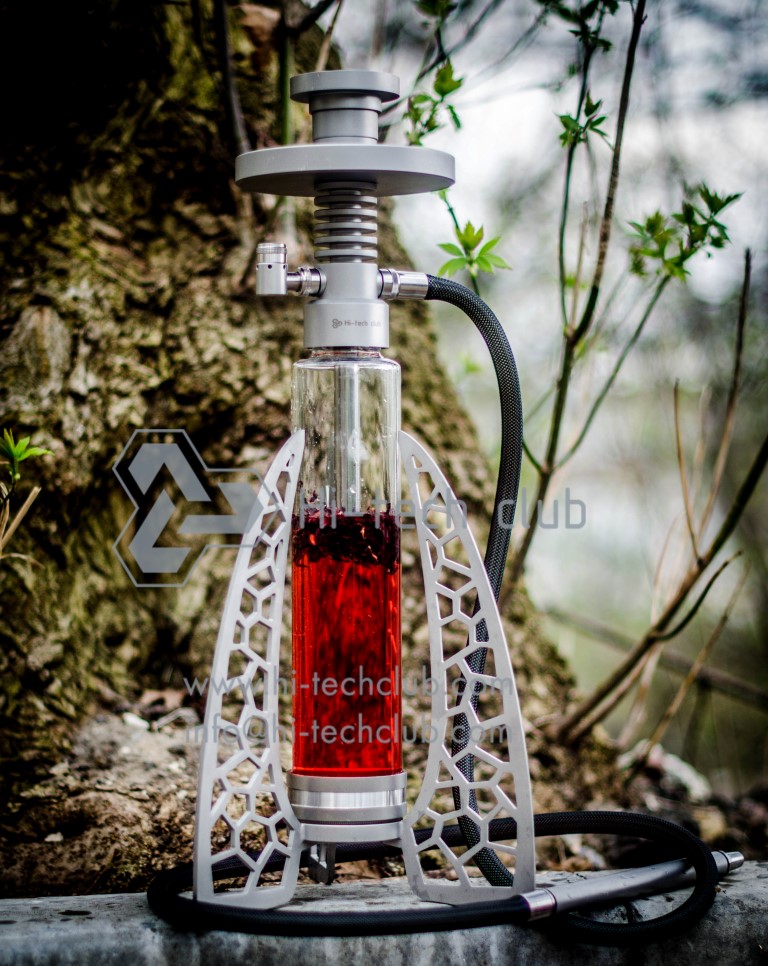 Due to Hi-tech Club hookahs unique features the fume doesn’t taste bitter, it’s absolutely easy to be prepared and foil isn’t required to be used.

You can present this high-tech hookah to people, "who have everything", as Hi-tech club is, indeed, one of the best hookahs in the world as it brings spiritual, physical, and aesthetic pleasure.

If you once smoke Hi-tech Club hookah, other hookahs seem you like coconut shell with a reed pipe. Try it! Enjoy it! Fall in love with it!